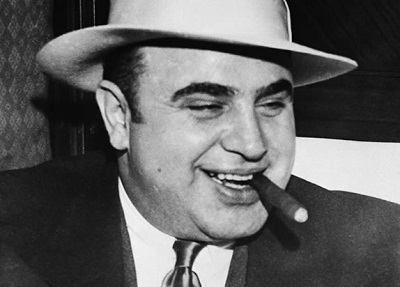 “Vote early and vote often.” Back in the 1920’s and 30’s, when neither election technology nor oversight were as effective as they are today, and the likes of Al Capone were at work gaming the system, this phrase wasn’t a joke.  It was a best practice!

If you want guaranteed results, what better way than to get people to the polls early, and then repeatedly, to vote for your candidate?

None of this sitting around until the end of the day, hoping that the election goes the way you want.  Capone would tell you, “That’s for saps.”

What does this have to do with cloud computing?  All too often we see IT teams taking a “buy it and hope it works” strategy when it comes to adopting cloud based apps.  They migrate their entire user base to the cloud on faith, assuming that they can worry about performance and availability issues later, if ever.  After all, everybody in the company accesses the internet today without issues so you cloud apps should work just fine, right?

Well…maybe…unless of course they don’t.

In fact, if you think about it, your users frequently experience “outages” ranging from individual websites to the internet as a whole. As an admin, though, you haven’t dealt with most of them because, frankly, it isn’t your job to ensure Bob in Marketing can access YouTube.  Now, however, you do own availability for your enterprise cloud apps.   Wouldn’t you rather find out if those will have problems before you’ve gone past the point of no return and have everybody, including your five bosses, screaming at you because they can’t access their email, docs, or the CRM system?

Contrary to what you may have thought, performance and availability monitoring isn’t something you roll-out at the tail end of your migration to the cloud, but something you get in place before you start migrating users, so you can work out all the kinks in the service delivery chain between your points of access and the cloud apps before you have users depending on them.  This is something you probably already do when you roll-out a new on-premise application, and it’s even more valuable with cloud apps.

Here’s an example.  One of our customers is a large electronics manufacturer with over 30 worldwide locations.  As they recently looked to migrate to SharePoint Online they were conscious that user experience might vary considerably across their locations due to differences in local infrastructure, ISP networks, and the Microsoft Office 365 datacenters serving each location.

The IT team determined that the best way to ensure success at full deployment was to begin performance monitoring at the same time they began their SharePoint Online pilot, before any actual production users were on the service.  During this time they were able to methodically test from each location, controlling network configurations and load to establish baseline performance expectations for each location and across locations for their full global deployment.  They were also able to diagnose and troubleshoot configuration problems, not just with the SharePoint Online service itself but with their supporting network infrastructure, including DNS and Active Directory Federation Services (ADFS).

Finally, they were able to confirm their organizational readiness to move forward with a production roll-out.  They had demonstrated and measured expected availability and performance during the pilot, and reports generated by CloudReady allowed them to communicate these results effectively to their business and IT decision makers responsible for the SharePoint Online deployment.

Armed with these baseline availability and performance expectations measured by CloudReady, the IT team is now able to effectively monitor and detect anomalies to SharePoint Online service delivery as they proceed with their production roll-out.  They know what performance they should be seeing at each location and are alarmed when/if performance deviates from those established thresholds.

They aren’t simply hoping users are happy with their SharePoint Online experience.  By leveraging performance monitoring from the very beginning the IT team has gone a long way to guaranteeing they are.

Want to ensure your cloud app deployment is a success?

If Capone were alive…and if he were a CIO, he’d probably tell you this,