The Exoprise Team was at Microsoft Ignite 2017 in full force and it was a great show for all involved. We had a terrific opportunity to meet with new and old customers, prospects and meet with plenty of new opportunities. We also handed out a ton of Get CloudReady® t-shirts, talk to new faces and learn a lot about what’s in store for the next year. Here’s an Exoprise recap of Microsoft Ignite 2017. 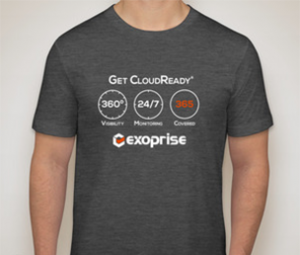 Exoprise launched a number of new CloudReady features and pre-announced new functionality. Here’s a recap of what we previewed:

We also showed off a new video that encompasses all of the features for Exoprise CloudReady. Its mesmerizing. ;-)

Microsoft covered a lot of ground in announcements at Ignite. We highlighted a few of the most relevant for administrating Office 365 and concerning monitoring of Office 365 and Azure: 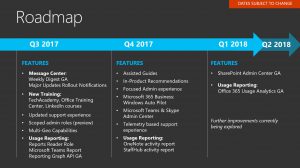 Multi-Geo capabilities are coming to Office 365 and enable a single Office 365 tenant to span across multiple Office 365 datacenter geographies (geos) and store Office 365 data at rest, on a per-user basis, in customer chosen geos. It’s currently in preview for OneDrive and Exchange and SharePoint, it was announced, will get this feature by the end of the year. Read the full announcement. https://aka.ms/Multi-Geo

With geos capabilities and CloudReady in place, you should be able to see if performance improves once datacenter geographies are put in place.

Microsoft has already announced that they’ll be back in Orlando next for year for Microsoft Ignite 2018. We’ll be back and look forward to seeing you there. 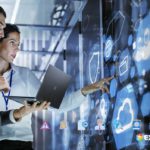